Compost Use in Agriculture is an Effective Carbon Sequestration Strategy

Compost Use in Agriculture is an Effective Carbon Sequestration Strategy

Some large companies in California, Microsoft for example, have pledged to reduce or offset the carbon dioxide that they produce. The technology utilized by these efforts, however, is often very expensive. The direct air capture methods employed by Climeworks, a Swiss company, for example, can cost around $600 per ton of carbon dioxide offset. While a large corporation may be able to afford this level of expenditure, these carbon sequestration strategies are ineffective and cost prohibitive for widespread use. Luckily, more affordable options are readily available and easy to implement at a fraction of the cost. 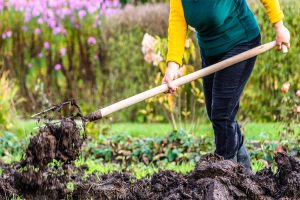 A recent study performed by the University of California, Davis found that compost use on farm plots, in conjunction with cover cropping, is an incredibly effective way to sequester atmospheric carbon, particularly when compared to conventional soils, which are not shown to store much carbon at all. While agriculture and forestry only make up about 7% of greenhouse gas produced in a state like California (according to the California Air Resources Board), this sector can provide an outsize impact in mitigating these emissions. According to a recent report from The Climate Center in collaboration with the Carbon Cycle Institute, adopting widespread compost use and other best practices in the agriculture and forestry industry in California can sequester the equivalent of 25% of the total carbon dioxide emissions produced in the whole state, in addition to a multitude of other important benefits.

As outlined by the UCLA Institute of the Environment & Sustainability,

“California is an agricultural powerhouse, producing nearly half of the nation’s fruits and vegetables. However, this high level of production is not without its trade-offs. Rigorous cultivation has led to overworked and degraded soils, unhealthy air quality, excessive water usage, and, despite California’s role as an innovator in progressive climate policy, massive carbon emissions from transporting these crops globally.

In order to help combat these issues, composting holds promise in increasing water capacity, rebuilding soil health, and improving air quality. When compost is applied, the soil’s health increases as microbes grow and become more plentiful. These microbes sequester carbon in the soil from photosynthesis. Today, many farmers in the Central Valley regularly use compost made from organic matter on their crops but are neither receiving credit for it nor getting recognition for the positive externalities of carbon sequestration.”

The state government in California has taken some steps to encourage composting in recent years. For example, a new law requires residents and businesses to separate organic waste from their regular trash in order to avoid landfilling these materials, which would lead to increased greenhouse gas emissions. Lawmakers would be wise to consider the nature-based carbon sequestration solutions and overall soil health benefits that compost can provide in the agricultural and forestry sectors as well.

About the Author: Charles Duprey

Naturcycle’s is committed to and supports …